100 years of women in FE and skills. FE as an instrument of economic policy: Margaret Thatcher's legacy

100 years of women in FE and skills. FE as an instrument of economic policy: Margaret Thatcher's legacy

In the second in its series on the women who shaped further education, marking 100 years of women's suffrage, FETL considers the career of Margaret Thatcher, who exercised significant influence over the sector both as education secretary and as prime minister.

Margaret Thatcher served in Edward Heath’s government as Secretary of State for Education and Science for a little short of four years, making her one of the longest-serving incumbents in recent history. Her tenure is remembered for for her ending the policy of free milk in schools (giving rise to the soubriquet ‘Margaret Thatcher, Milk Snatcher’). However, she was also responsible for raising the school leaving age and opening more comprehensive schools than any other secretary of state.

Thatcher also, importantly, signed off the final report of the Russell Committee, set up in 1969 to review non-vocational adult education in England and Wales and to recommend ways of obtaining ‘the most effective and economical deployment of available resources to enable adult education to make its proper contribution to the national system of education conceived as a process continuing through life’.

The Russell Report was published in 1973 and called for ‘a great development of non-technical studies … vital to provide the fullest opportunities for personal development and for the realization of a true conception of citizenship.’ Too great an emphasis, it argued, ‘had been laid on material consideration and too little regard paid to other aspects of life’, recognising that the value of education was to be measured not only by increases in earning power or productive capacity, but also by the quality of life it inspired. The report put special emphasis on targeting provision for ‘disadvantaged’ adults.

The report was received coolly by Thatcher and, while its recommendations called for only a ‘very modest’ increase in expenditure, the climate of cuts precipitated by the oil crisis of 1973–74 meant there would be no endorsement of the report’s vision of ‘a comprehensive and flexible service of adult education’. Thatcher’s lack of enthusiasm for the Russell Report helped ensure adult education remained marginal to government policy for years to come, really until 1997, when David Blunkett’s Learning Age Green Paper set out a broader vision for further education and lifelong learning.

The emphasis on the economic benefits of education was also in evidence after Thatcher became Prime Minister, complemented and reinforced by a tendency to see education in instrumental terms, with an increased central role for the state in pulling the levers. Her government could be seen as taking up the Russell Report’s call for more attention on the unemployed and vocational training, but this precipitated a narrowing in the curriculum, particularly in further education, with education for purposes other than employment increasingly marginalised in a climate of reduced education spending and recession.

Spending on training activities nevertheless increased threefold between 1979 and 1991, with numerous initiatives introduced to promote vocational training and increase employers’ involvement in further education. At the same time, provision in the arts and social science, and academic subjects generally, fell into sharp decline. This trend reached its apogee with the publication, in 1991, of the White Paper which heralded the 1992 Further and Higher Education Act. It proposed the formation of a new quango, the Further Education Funding Council (FEFC), with a role to plan and fund national priorities for the improvement of skills and qualifications.

The FEFC would have a statutory responsibility to fund only further education courses which led to a vocational or academic qualification – what the White Paper characterised as ‘useful’ learning – effectively painting publicly supported education for personal, community and social purposes out the picture. It was only after a vigorous campaign of protest, galvanising, among others, the National Federation of Women’s Institutes, that a statutory duty on local authorities to ensure ‘adequate’ provision of adult education outside the FEFC remit was retained. The failure of the Act to specify what was meant by ‘adequate’ precipitated an abrupt decline in non-vocational local authority provision.

The Act cemented the gap between vocational courses of further education and courses for personal and community interest, satisfaction and growth. It removed further education colleges from local authority control (colleges became freestanding corporations in receipt of central government funding through the FEFC) and created a newly defined further education sector responsible for securing adequate provision of certain categories of education, listed in Schedule 2 of the Act, including vocational and qualification courses, higher education access courses, adult literacy and numeracy, ESOL and skills acquisition for people with learning difficulties.

Thatcher’s time as Prime Minister saw political interest in further education as an instrument of economic and social reform increase. Central government established unprecedented levels of control over schools, colleges, universities and local authority adult learning, and demonstrated increasing levels of intolerance for teachers who had an agenda different to the government. One positive outcome was the increased attention on vocational training and the needs of the economically excluded. The price paid for this, however, was a narrowing of the curriculum and an increased tendency towards micro-management of the sector among ministers. Whatever your opinion of this divisive figure, her influence has been immense. 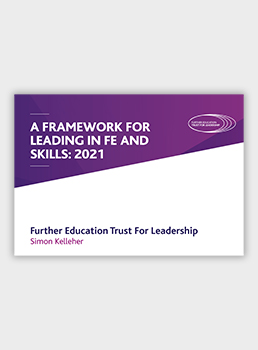 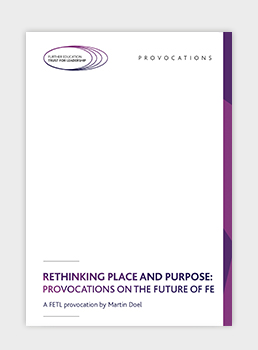 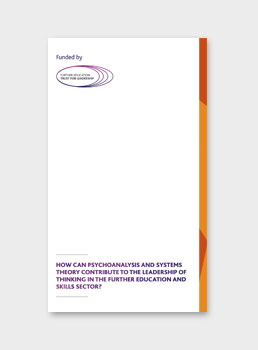