100 years of women in FE and skills. A pioneer with a passion for justice: Ellen Wilkinson

100 years of women in FE and skills. A pioneer with a passion for justice: Ellen Wilkinson

The latest in FETL’s series of blogs on the women who shaped further education considers the legacy of Ellen Wilkinson, feminist, socialist, internationalist and the UK’s first female Minister of Education

Ellen Wilkinson was born into a working-class family in Manchester in 1891. Her father, Richard, was a textile worker and Methodist lay preacher, while her mother, Ellen, was a dressmaker. Growing up, Wilkinson’s frequent illnesses prevented her from attending school regularly. Nevertheless, she was an avid reader who shared her parents’ belief in self-improvement and won a scholarship to Ardwick Higher Elementary Grade School when she was 11. She often accompanied her father to lectures and public meetings, which sharpened her interest in politics and socialism, and joined the Independent Labour Party when she was 16. In 1910, she passed a scholarship examination to study history at Manchester University, an exceptional achievement for a young working-class woman of the time.

In 1912, Wilkinson joined the National Union of Women’s Suffrage Societies. She was soon recruited as the union’s Manchester district organiser, raising funds, recruiting members and addressing public meetings. In 1915, she became the first woman national official to be employed by the Amalgamated Union of Cooperative Employees (which, in 1921, amalgamated with the National Union of Warehouse and General Workers to form the National Union of Distributive and Allied Workers), with a special responsibility for recruiting women to the union. During the First World War, she campaigned against compulsory conscription and was active in the Women’s International League for Peace and Freedom, which demanded a negotiated end to the war.

Wilkinson became active in the National Guilds League, an organisation that promoted industrial democracy and workers’ control, and in the newly formed Communist Party of Great Britain, and attended the founding conference of the Red International of Labour Unions, in Moscow in 1921. In 1923, while still a member of the Communist Party, she was elected councillor for Manchester’s Gorton ward, standing for the Gorton Trades and Labour Council. However, she left the party in 1924 when the Labour Party proscribed dual membership and, later that year, was elected Labour MP for Middlesbrough East, becoming one of only four women (and the only Labour woman MP) in the House of Commons. She remained firmly on the left of the party, however, and was a frequent critic of party leadership. She campaigned actively on issues related to unemployment, workers’ rights, parliamentary reform and education. Wilkinson lost her seat in 1931, returning for a time to trade unionism, before standing again, successfully, as MP for Jarrow, in the 1935 General Election.

It was in this capacity that Wilkinson came to national prominence. The unemployment rate in Jarrow was among the highest in the country – thanks, in large part, to the loss of its shipyard – and she used her first speech of the new parliament to highlight the town’s struggles and the plight of her constituents. In October 1936, she helped organise and took part in an iconic march from Jarrow to London where 200 unemployed workers – calling themselves the ‘Jarrow Crusaders’ – presented a petition to parliament. Wilkinson spoke at public meetings of the marchers at the end of each day’s march. Although the march attracted wide publicity, it was not widely supported within the Labour Party and the Conservative Prime Minister, Stanley Baldwin, refused to meet the marchers or to receive their petition. Nevertheless, the march put Jarrow firmly on the political map, and the marchers were received triumphantly on their return. The Jarrow March came to be seen as a milestone event in the history of the Labour Party.

Wilkinson campaigned actively against fascism in the years before the war, including during the Spanish Civil War, when she argued against the government’s policy of non-intervention, and was a member of the International Commission of Enquiry into the Reichstag Fire. During the Second World War, she held a junior ministerial position in Churchill’s coalition government, acting as parliamentary secretary to Home Secretary Herbert Morrison, in which capacity she oversaw the provision of air raid shelters and civil defence. She toured Britain’s bombed cities, raising morale and encouraging women to get involved in civil defence. In 1945, following Labour’s landslide electoral victory, new Prime Minister Clement Atlee appointed her Minster of Education, with a seat in his cabinet. She was the first woman to hold the position and only the second ever to hold a cabinet post. She was responsible for raising the school-leaving age to 15 (she had lobbied to increase it to 16 but the government rejected her plan as too expensive) and for the 1946 School Milk Act that gave free milk to all British schoolchildren. She oversaw the mass recruitment and training of new teachers (including a scheme to train thousands of ex-servicemen and women), an increase in university scholarships and the expansion of part-time adult education in colleges. Wilkinson also helped draft the constitution of UNESCO, chairing the meeting that established the new organisation’s terms of reference and agreed its mandate to ‘build peace in the minds of men’ [sic]. Wilkinson died suddenly, aged 55, in February 1947. The official cause of death was ‘heart failure following emphysema, with acute bronchitis and bronchial pneumonia, accelerated by barbiturate poisoning’.

Short of stature – she was just four foot 10 inches tall – with red hair (often offset with a bright green dress) and a reputation as a firebrand, Wilkinson cut a vivid, distinctive figure, even among the small number of women who had advanced in politics at the time. Despite popular nicknames such as ‘Red Ellen’ and the ‘Fiery Particle’, she was taken seriously as a politician and was widely respected for her loyalty to her constituents. She was an important, outspoken and independent-minded contributor to the international fight against fascism and to efforts to build peace in Europe after the war. Her commitment to social justice and equality was evident throughout her career, as well as in her time as Minister of Education, which saw her strive to expand the reach of education, increasing the school leaving age and opening up more opportunities for adults to learn. While her time in office was cut short, and she was reportedly frustrated at her failure to implement more radical reforms to the education system, she remains important as a key pioneer of female participation in political life and as a crucial early advocate of equality of opportunity in education. After her death, Churchill said of her:

Active, courageous, competent, accessible, she had many of the traits at which ministers of every government and of every party have been taught to aim. She had a very warm sympathy for social causes of all kinds, and was fearless and vital in giving expression to them. But she also had a great pride in our country and in its flag. This was very noticeable in several of her speeches and actions, not only during the crisis of the war, but later. She always wished to see this Island great and famous, and capable of offering a decent home to all its people. 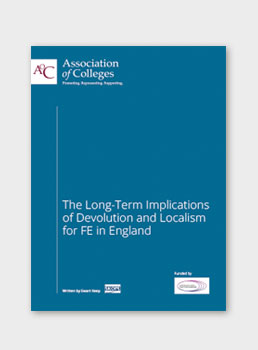